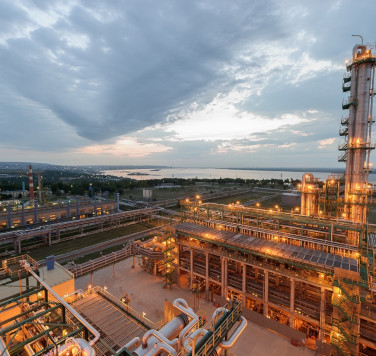 Saratov oil refinery, a subsidiary of Rosneft, celebrates 85 years since the beginning of production activity — in 1934 the first cracking plant was put into operation at the enterprise and the first products were obtained.

The construction of the plant gave a powerful impetus to the development of industry and agriculture in the Saratov Territory.

The years of World War II became the heroic page in the history of the enterprise. Despite the fierce bombing of enemy aircraft, the plant uninterruptedly produced fuel for the front: every sixth engine in the country worked on petroleum products from the Saratov cracking plant. For the feat during the war years the enterprise was handed over to the eternal storage the Banner of the State Defense Committee of the USSR and he was awarded the Order of the Patriotic War of the 1st degree.

In the period of 1950-1980s, large-scale construction of new plants and technological facilities was carried out at the Saratov Oil Refinery. This made it possible to increase the refining capacity, increase the selection of light petroleum products, expand the range of products and improve its quality indicators.

The latest history of the Saratov Oil Refinery began with its entry into the Rosneft Oil Company, which opened up great opportunities for modernizing production, introducing advanced technologies and high quality standards, and developing the team’s professional potential. Over the past few years, the plant has implemented large-scale investment projects. To its 85th anniversary, one of the oldest oil refineries in Russia has come up with a radically updated one.

Currently, the Saratov Oil Refinery is the main producer of petroleum products in the territory of the Saratov Region. Its capacity is 7 million tons of oil per year. The range of products includes motor gasolines and diesel fuels, road and roofing bitumen, marine fuels, technical sulfur, etc. The company's products are sold in many regions of Russia. The plant has modern international production management systems in the field of labor and health protection, ecology, quality and energy management.