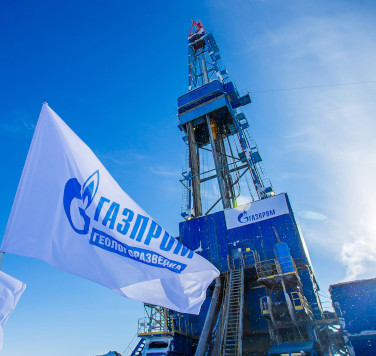 The level of gasification of Bashkortostan is approaching 93% "Gazprom" continues systematic work on gasification of the region. In the first half of the year it is planned to complete the construction of two inter-village gas pipelines - to the Zaton district of Ufa and to the districts 22, 23, 23a and 24 of Neftekamsk, where housing construction is actively carried out.

At the same time, the company is designing four more inter-settlement gas pipelines for gasification of 23 rural settlements in the Burzyansky, Mishkinsky and Uchalinsky districts, as well as the Raduzhny microdistrict in Sterlitamak.

In Moscow, a working meeting was held between Alexey Miller, Chairman of the Gazprom Management Committee and Radiy Khabirov, Acting Head of the Republic of Bashkortostan. The parties discussed current issues of cooperation. It was, in particular, about gasification of the republic. It is noted that the level of gasification of Bashkortostan by January 1, 2019 reached 92.7%.

The parties considered the development prospects of Gazprom’s gas filling network in the region. Today it consists of 14 automobile gas-filling compressor stations (including four in Ufa) and two modules for refueling with compressed natural gas. Currently, the company has selected three land plots for the construction of gas filling facilities in Ufa, Neftekamsk and Karmaskaly.

Alexey Miller drew the attention of Radiy Khabirov to the need to take measures to resolve the republic's overdue debt for gas - as of April 1, 2019, it amounted to 2.2 billion rubles.